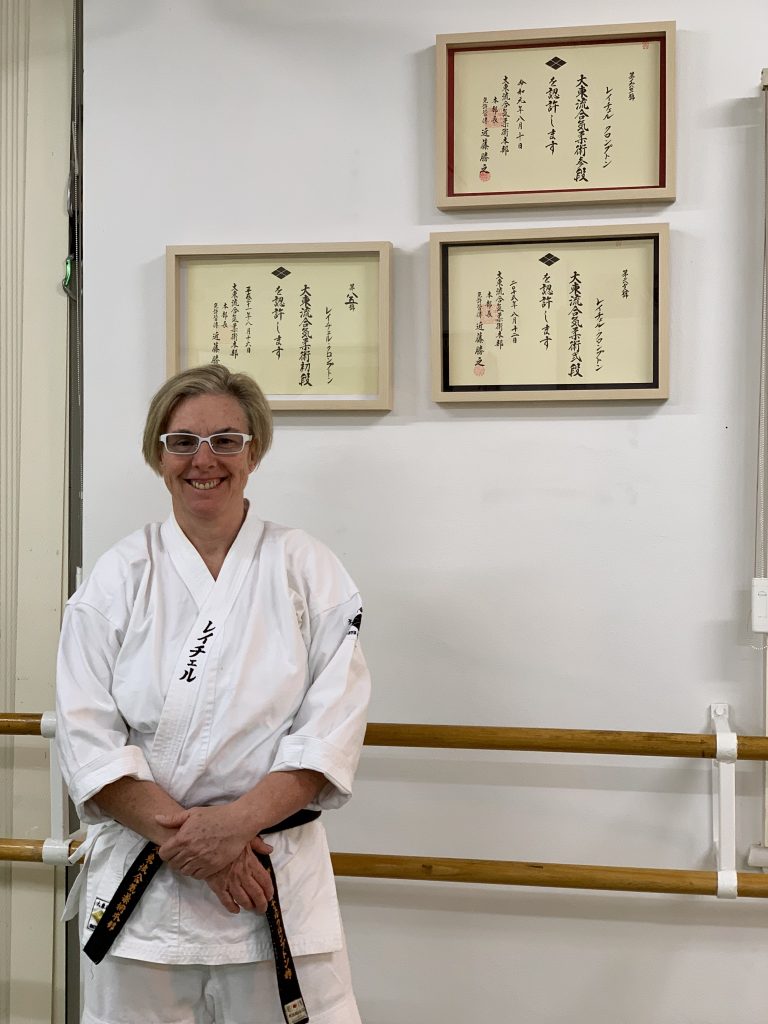 Rachael is a glowing member of our community at MTP, who continues to do amazing things with her body.

As a lifelong athlete and owner of a jujitsu Dojo in North Sydney, she needs a body that functions at its absolute best, in order for her to be able to do the things she needs to on a daily basis. After years of punishment and participation in sport, her body was starting to experience its fair share of injuries.

Unfortunately, early on in Rachael’s life, these injuries weren’t quite dealt with as effectively as they should have been. She had seen numerous physiotherapists over the years who sometimes managed to fix her injury problems in the short term. This was, however, only a short term relief. The real problem was that these physiotherapists were simply addressing the issue itself and not the underlying cause.

The reason why failing to address the underlying cause became an issue was because treating Chronic issues often requires the ability to effectively look at how someone moves. This means not only being able to understand how someone likely experienced their injury & what forms of movements will likely exacerbate it, but also being able to functionally assess someone’s movement and identify where compensations might lie. When using this root cause type approach, treatment is centred around prescribing an effective course of rehabilitation exercises to help address these compensations, as opposed to simply relieving pain & discomfort. It’s about getting someone to a stage where they’re better than ever, instead of simply going back to where they were before. This is where MTP really shines.

As Exercise Physiologists, we don’t have the luxury of performing manual therapy and other pain-relieving techniques. At MTP Health we have to be world-class at identifying movement compensations and then prescribing effective interventions that allow people to address these movement compensations, by understanding how the body adapts to stress. This means that we have to operate with a comprehensive approach that focuses on long term changes, looking at how the whole body functions. This helps to set people up to avoid any injury or pain from occurring again.

We sat down with Rachael & asked her about her experience with MTP, as we knew a lot of people would be able to benefit from her story. It highlights one of the key things that a lot of people realise when they come to see us: conventional isn’t always best! She’s such a fantastic human being & someone we’re incredibly proud to have part of the MTP Community!

Rachael, you seem like quite an active person, what activities do you love doing?

I’ve always had super active life. Sailing to elite level and lots of martial arts, some skiing when i was younger. I also used to skateboard and play soccer, tennis, hockey as a kid.

When you first came to see us, what was your main limitation?

What you didn’t know coming into MTP?

That I could get stronger and improve at my age and with the  degree of body destruction I’d done to myself.

How did you initially come to find out about MTP Health?

I was initially referred by Dr Louise Tulloch (did i spell that correctly..?)   I had struggled with my unreconstructed knee for 6 months and seen a number of different practitioners.  My Dr friend in UK who was a Dr in Olympics recommended Dr Louises’ practice.  She gave me a cortisone and referred me to Luke.  I told her i was unimpressed with Physio’s recently and was not keen.  She actually wrote ‘Doesn’t like Physio’s on her referral to Luke.  So I was ready to be unimpressed…..   ; )

What made you want to start with us at MTP Health initially?

Well I didn’t want to start initially and it was kind of my last go at getting my knee sorted. I had got a bit down as i thought it could be the end of my active training in martial arts and I wouldn’t be able to continue, especially in Japan where we have to sit in ’seiza’ kneeling position for a lot of the training.   I noticed that the practice and ethos was different straight away from what i had experienced before.  Luke spent the whole session with me and was not distracted by other clients. It was one on one the whole time and I felt i could really explain what was happening and he understood it straight away.  He wasn’t just guessing at it.  Luke was super hopeful I  could improve.  His confidence and in-depth expertise inspired me and I worked very hard at the exercises.  I noticed improvement and I was so relieved and happy.     6 months later i had my second shoulder reconstruction and it was a  no brainer for me to go back to MTP for my rehab.

What has been the biggest change in your life since you have finished working with MTP Health?

MTP has completely changed my relationship with my body.  After a lifetime of competitive sport my wonderful body i was born with had taken a lot of abuse.  It was time to give back to it and take care.  MTP gave me hope that i can go into my older years stronger and more mobile than i am now.  I was beginning to really feel my age in my body and i still do but I am improving  now and weakness and soreness is not restricting my lifestyle as i had almost accepted it was.  I am  really enjoying working on making my body stronger, more functional and mobile again. 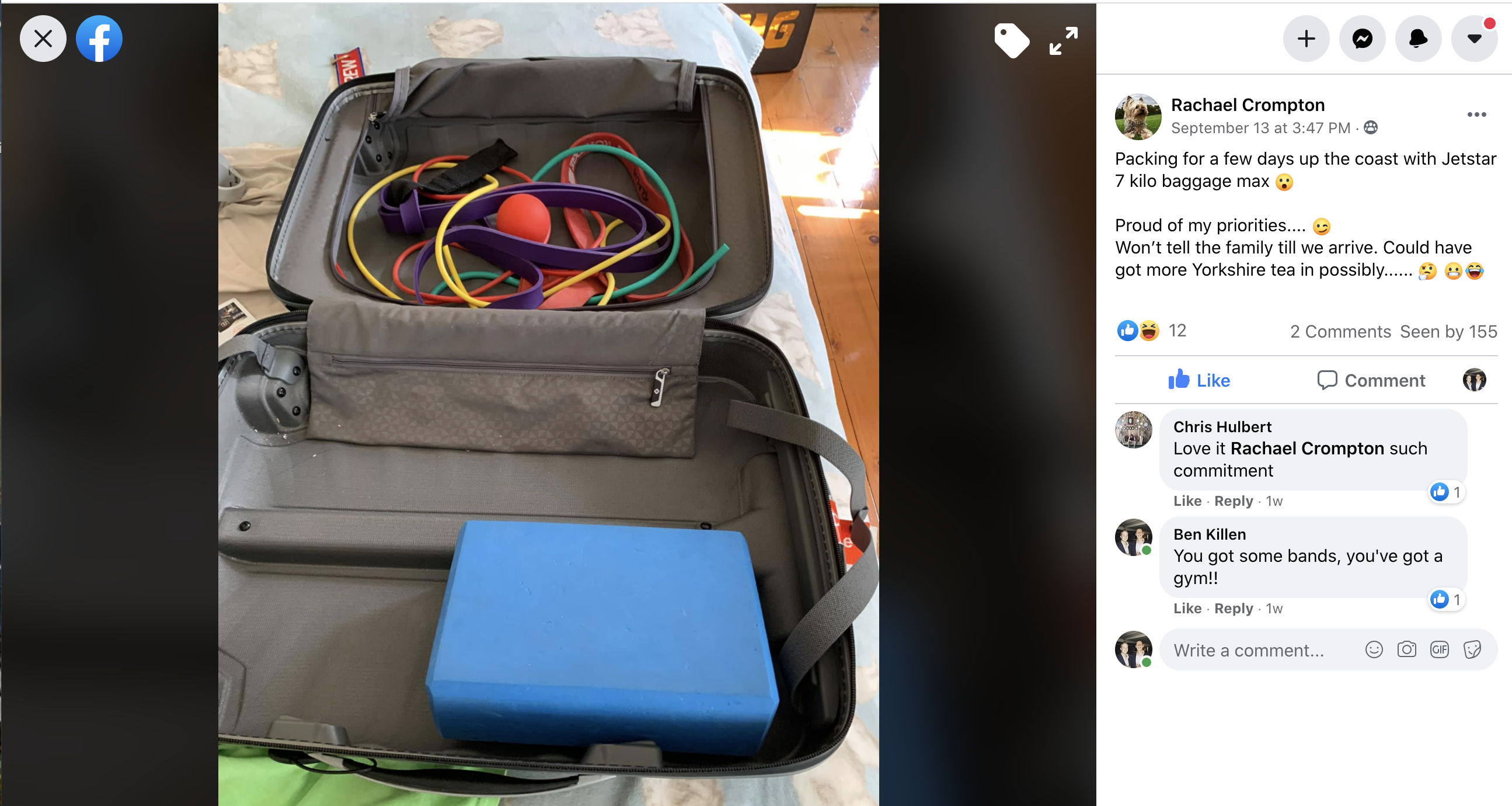 What would you say to someone who is wondering whether MTP Health could help them?
I would say don’t procrastinate.  Take action and get into MTP.  Don’t put it off.  No matter what stage you think you are at whether its acute or chronic the team at MTP will be able to enhance and improve your situation and therefore your life quality. Don’t just ignore pain or restricted movement or diminished lifestyle hoping things will improve with rest.  Take positive action and be active in your own recovery.   The team at MTP will help you improve and you will feel a million times better because you are on the path to reclaiming the attributes of the body you were born with and have fun doing it. 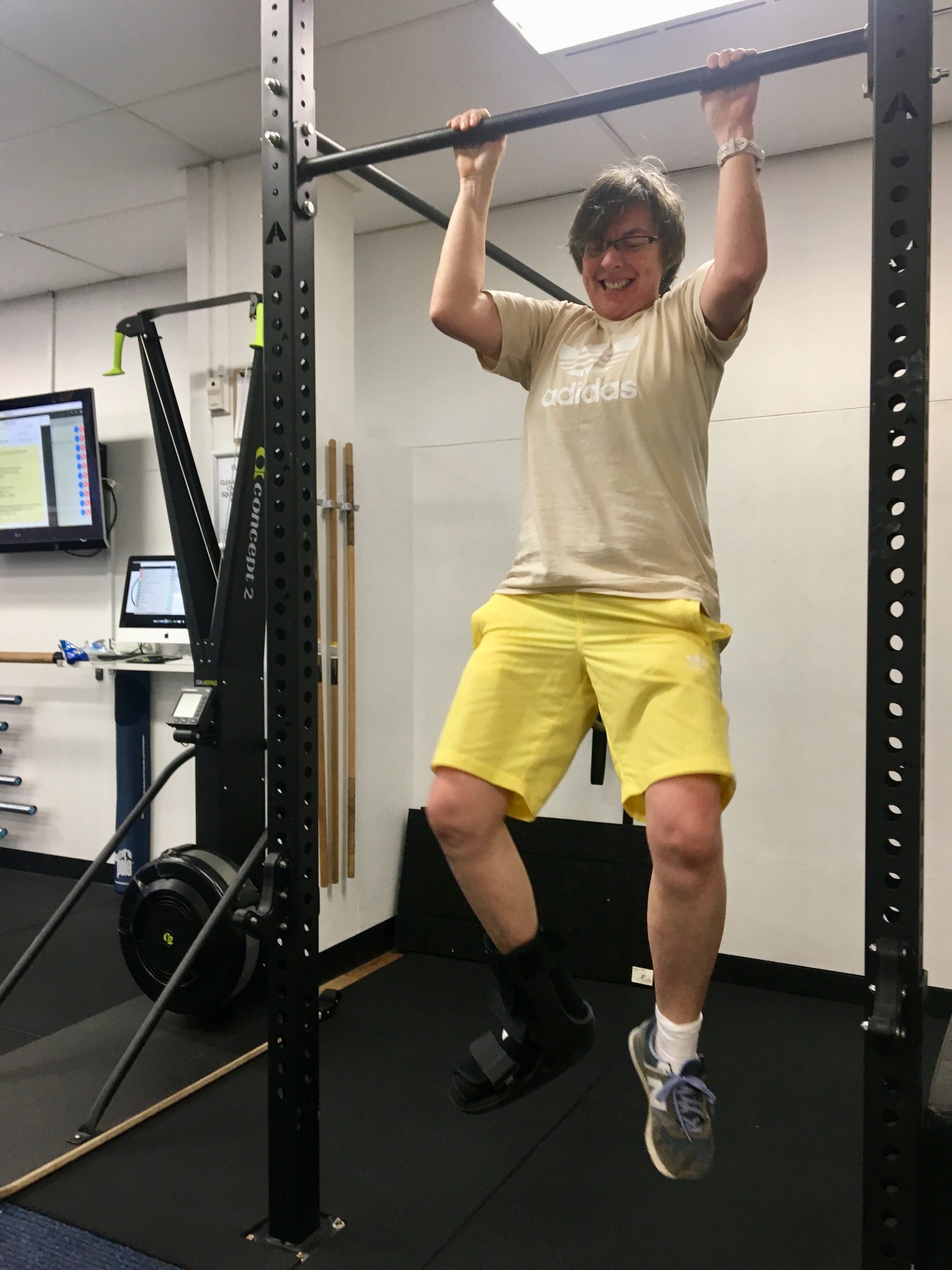